Good360 is the world’s largest product philanthropy organization. Good360, founded in 1983, has distributed more than $8 billion in donated 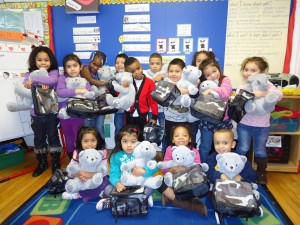 goods to more than 40,000 nonprofits, helping millions of people in need. As the Chairman, Carly has been at the forefront of promoting the organization, both to potential corporate partners, but also to nonprofit leaders who work closely with Good360 to deliver goods where needed most. In a nutshell, Good360 assists companies in donating their excess or surplus merchandise rather than throwing it away or destroying it.

Corporate partners include national companies such as Home Depot and Bed, Bath and Beyond. Needed products have been delivered to Ebola-stricken countries as well as to New Jersey and New York for Superstorm Sandy and the tornados in Joplin, Mo.

“In 2014 alone, Good360 distributed four million diapers, 10,000 mattresses and 8,000 cartons of clothing, shoes and accessories to hundreds of thousands of people – a fraction of what the organization does each year.”

Back to the homepage